Everything about the event here!
×

Pannahouse Invitationals is the world’s biggest and most prestigious panna tournament.The biggest stars from all over the world gather together in Copenhagen to battle for the honor of being the world’s best! The tournament consists of a pro tournament, a youth tournament and a friendly 3v3. The player/team that scores the most goals in a game win, but if a panna is made the game is OVER no matter what. Read the history about this tournament below:

2015 was a strange year for the global panna scene. The sport itself was exploding online, with players becoming social media stars and promoting the sport in various ways. But conversely, there was no tournaments that supported this evolution! Previous years saw international tournaments, namely Panna Knock Out, European Street Cup and WSF, but in 2015 there was nobody who took the responsibility to create a global tournament. 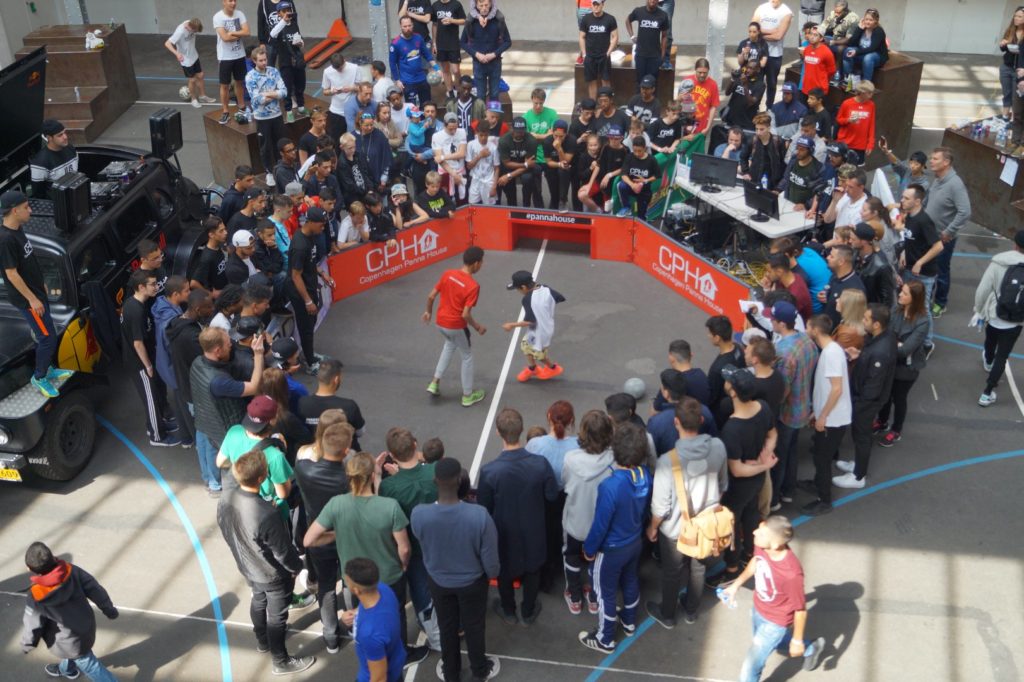 The 21st of May 2016 was a big day – it was the first Pannahouse Invitationals ever! Around 70 players from 20 countries had travelled to Denmark to compete for the title. On the invitation that was sent out to the best players it read “Eat, Sleep, Panna”, which was exactly what all players did. The tournament was held in GAME Street Mekka, and the players were allowed to sleep in the location as well! It created some vibes that had never really been seen before. The tournament was also the first ever panna tournament to have an international youth competition and also the first to have a livestream! It was a huge success and the start of something big! Soufiane Bencok from Morocco won the pro tournament, Ali Jassem from Denmark won the youth tournament and Copenhagen Panna House took the 3v3 title! 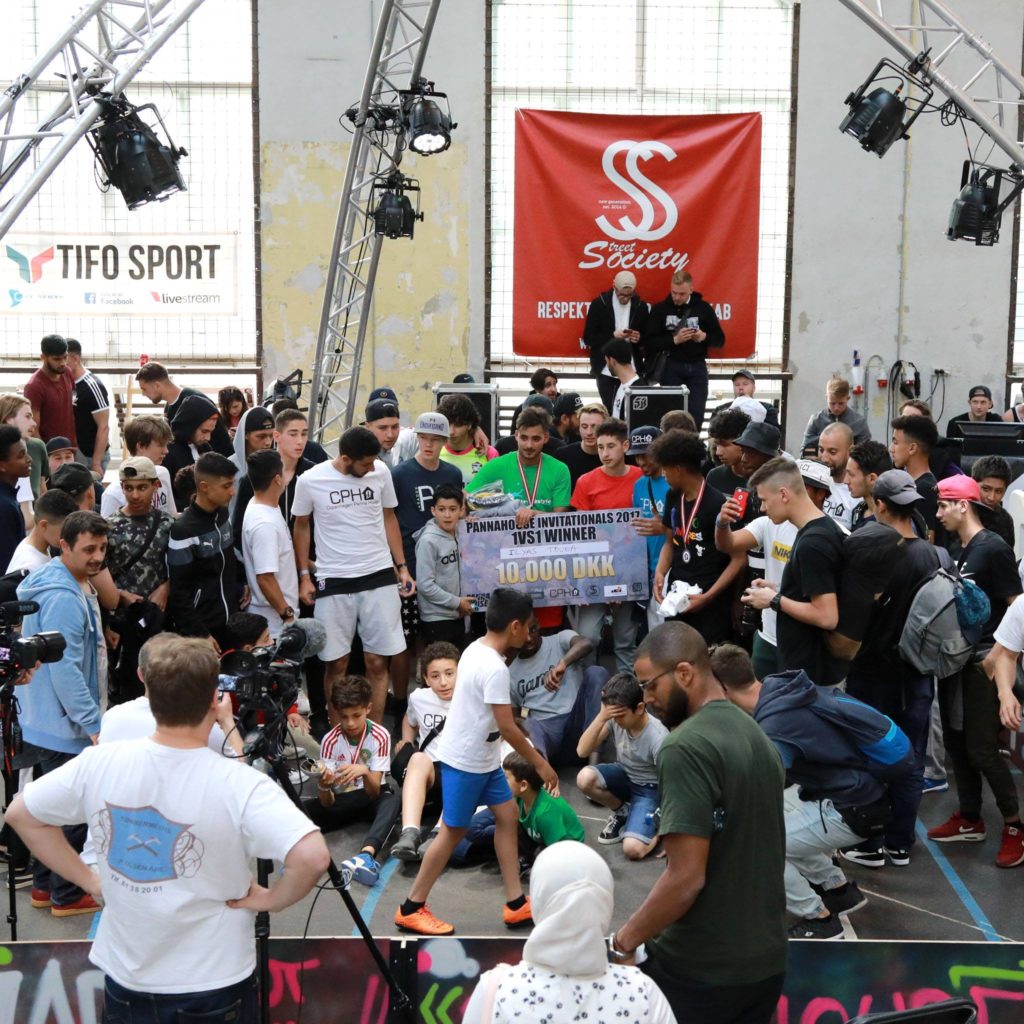 The word had been spread – Pannahouse Invitationals 2016 was one of the greatest tournaments ever and players quick to ask for another edition. While other tournaments started to return in 2017, it was obvious that Pannahouse Invitationals was the biggest and that players winning this tournament could call themselves World Champions! The tournament was once again held in Street Mekka in the month of May, but this time 112 players from 26 countries came to compete for the title! This year players were unfortunately not allowed to sleep in the location, but instead some other changes were made to the tournament. For example, the finals were played in a large rectangle (the biggest panna court in a big tournament ever) with smaller goals than previous years. This created more pannas and more technical skill than seen before. The livestream footage went viral and reached over 2 million people! Pannahouse Invitationals had once again stepped up the bar for panna. Ilyas Touba from Belgium won the pro tournament, Mehdi Amri from Belgium won the youth tournament and Ganas Locas from Germany took the 3v3 title! 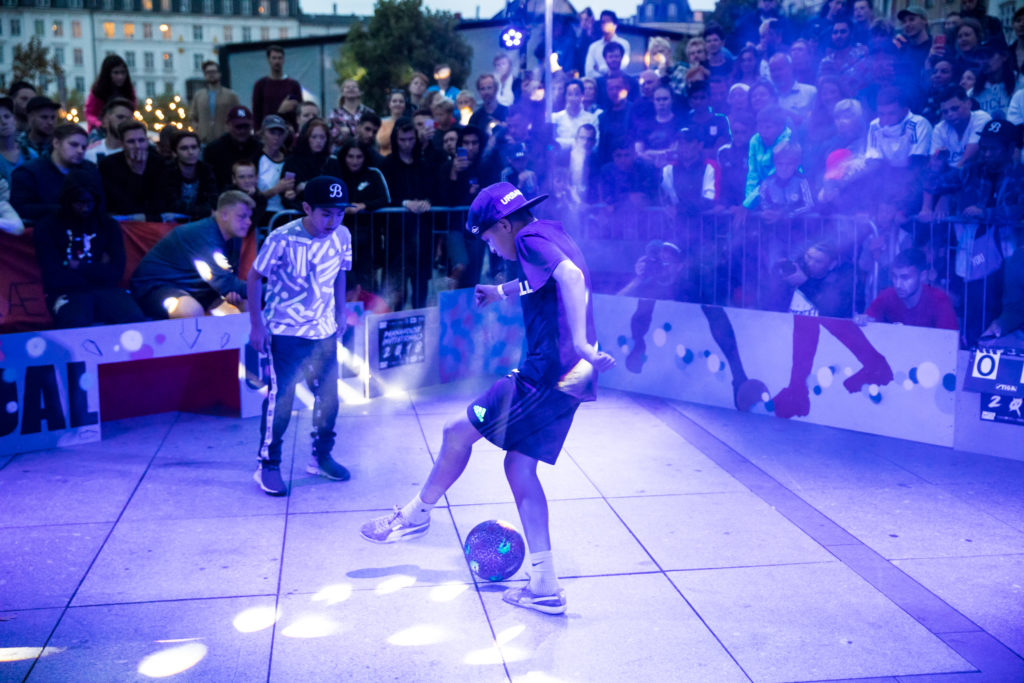 With Pannahouse Invitationals now stapled as the largest panna tournament in the world, we felt that we had to take it to yet another level. In the previous years, while many followed the tournament online, there were not a lot of physical spectators other than the players themselves. Therefore, for the 3rd edition, we moved the competition out to the centre of Copenhagen on the infamous Israels Square. The venue was set up with crazy lighting and vinyl DJ adding an extra dimension to the 131 players from 32 countries that came to compete for the title – the world record for a panna tournament! Fatih from Germany won the pro tournament, Shiou from Japan won the youth tournament and Easy Man Team from Holland took the 3v3 title! 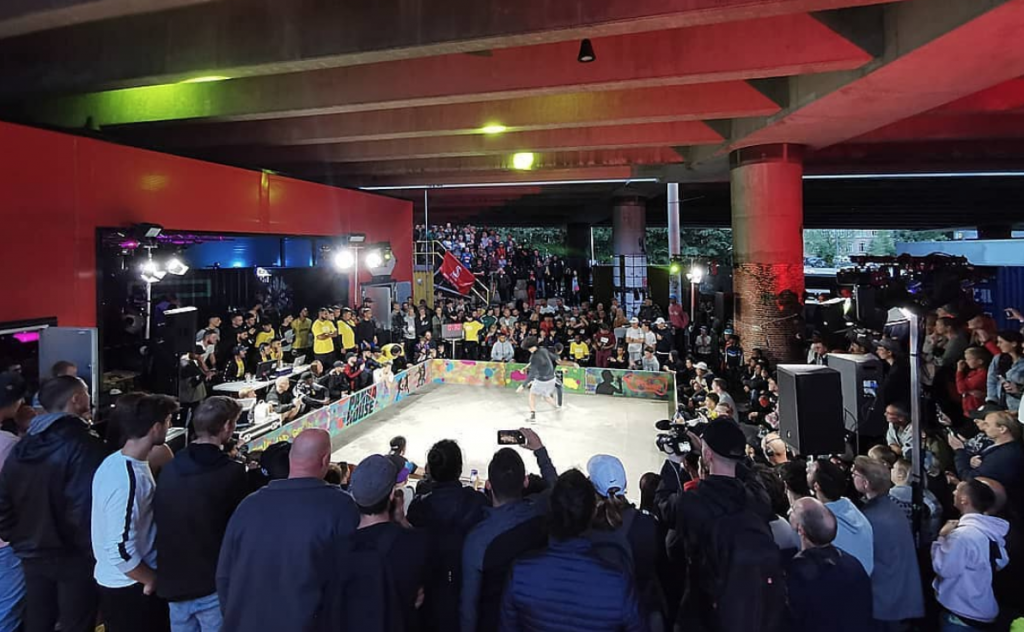 In 2019 we took our tournament underneath Bispeengbuen in Copenhagen where our new courts are being built in order to familiarize the scene with the new street hotspot of the world!  Unfortunately, the courts were not ready in time, but the urbaness of the venue still enabled an amazing atmosphere and a huge crowd gathered in order to support the tournament. Furthermore the battles were watched by more than ever before online with over 2.5 million online views!!  We once again beat our participant record with 142 of the worlds best players from 35 countries that came to compete for the title. Ahmed Rakaba from Libya, a refugee living in Germany who has dreamt about coming to Invitationals since the beginning, finally had the papers to enter Denmark and ended up winning the pro tournament! First timer Jassim Mazouz from Belgium Shiou won the youth tournament and Pannahouse took the 3v3 title! 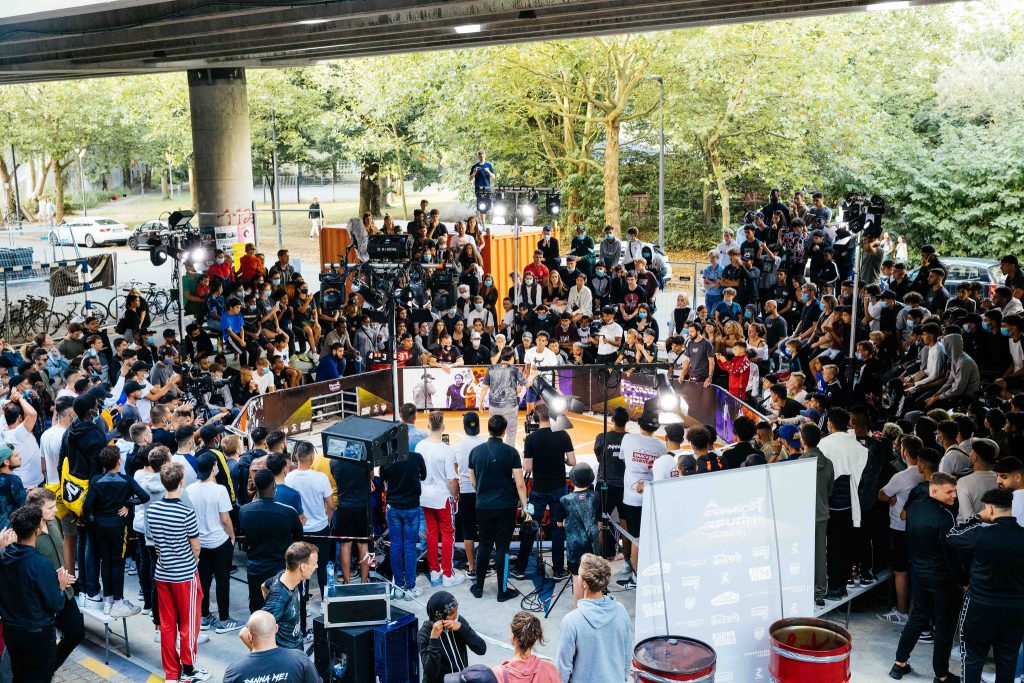 With the creation of brand-new street courts made for players by players, Pannahouse Invitationals was moved out onto brand new asphalt and in a creative atmosphere created by players for players. The tournament was held in “Street Under Buen”, the new home of street sports in Copenhagen, underneath a bridge that functions as the entrance to Copenhagen, making a setting that is even more street than ever! Jasseminho from Denmark won the tournament with Sashwat Rana from Nepal taking the Youth competition! Pannahouse won the 3v3 friendly tournament. 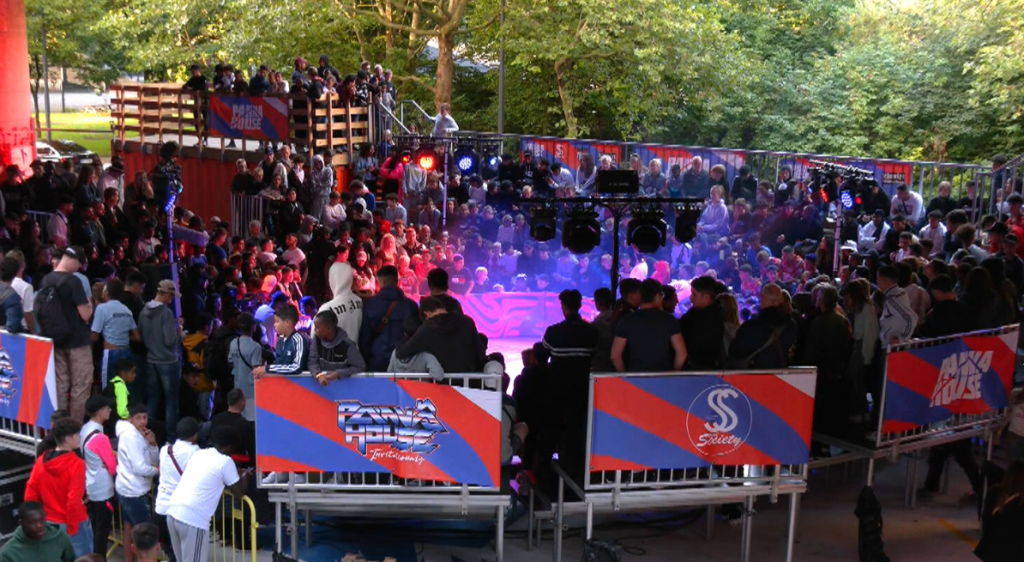 Invitationals returned for the second time at Street Under Buen. We leveled up the tournament by bringing a better production, including a large viewing screen and we had the largest audience for a panna tournament ever! This year we also introduced the brand new groundmoves tournament: Pannahouse Battle Ground, which prodigy Noah Kofi won! Mehdi Amri from Belgium won the tournament, Mads Munkholt from Denmark took the crown for the youth and Pannahouse won the friendly 3v3s. 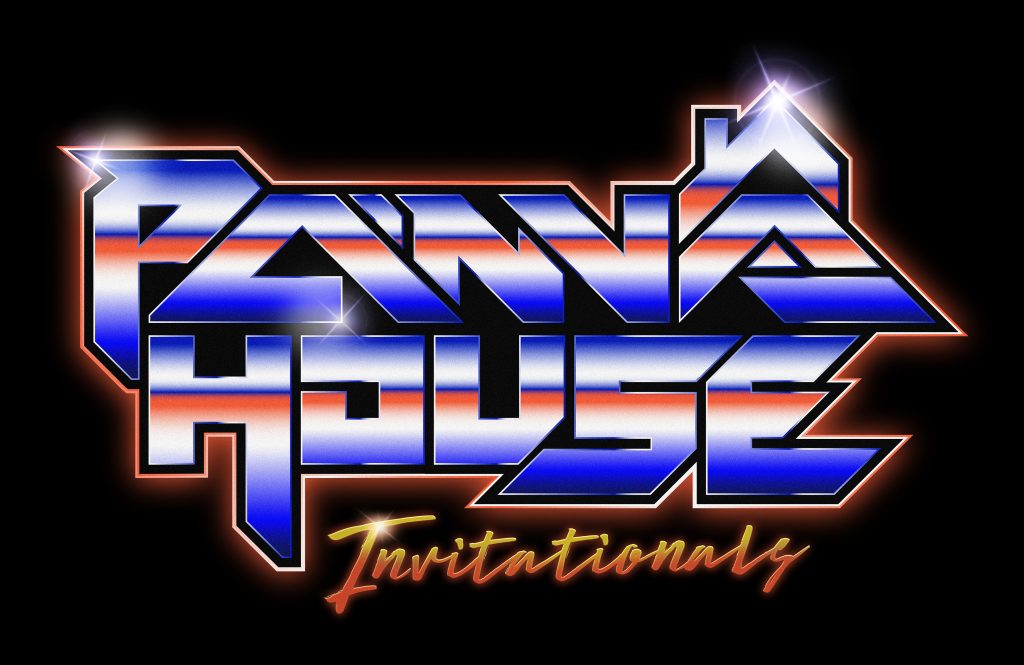 Invitationals is returning to Street Under Buen for a third time! Once again we expect an even bigger and badder tournament. In Denmark street football and panna is on a rise within urban youth cultures, so expect a massive turnout of ballers and audience – especially now with the pandemic gone, we can’t wait to reunite with all the brasilian, japanese and american ballers once again!  Who do you think will win the pros, the youth, the 3v3s and the Battlegrounds?